Player performances in the IPL 2018 final 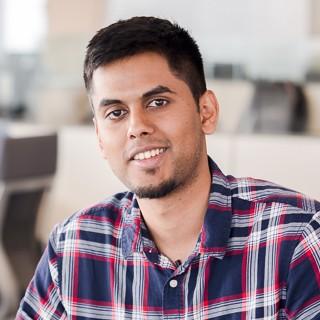 Full stack web developer with an interest in machine learning.

Following some good feedback and encouragement from my previous analysis on the league stage from IPL 2018, here’s another visualization from the IPL 2018 final. This shows how the players fared against each other.

In the below visualization, hovering over a player (might not work as well on mobiles) shows which bowlers he scored his runs against. The length of the arc is proportional to the number of runs.

The image below shows which batsman had the most impact on the game by plotting a batsman’s runs (x-axis) against his strike rate (y-axis). Yusuf Pathan on the top right had a very good day for SRH. But then Shane Watson came in and dominated the game like nobody else and almost chased the total down single-handedly.

The below image plots runs conceded (x-axis) by a bowler against his economy rate (y-axis). The smallest circles mean the bowler took no wickets with circles increasing in size with the number of wickets taken by the bowler. Dwayne Bravo had the worst day of all the CSK bowlers by some distance. But two SRH bowlers had worse days which mattered more at the end of the day.

This image shows the traditional worm graph plotting the score of each team(y-axis) against the number of balls(x-axis). Small circles show fours and larger circles show sixes. The x marks are wickets.

Though SRH started off a tad slow, they consistently scored boundaries and posted a very good score in the final. CSK started off really slow in the first six overs but took off after that and never looked back.

Scoring rate - circles are boundaries and crosses are wickets

While it is my intention to be accurate, the data could be slightly inaccurate. Here’s where I got the code for the visualization built using d3. I made some modifications and supplied my own data.

You May Also Enjoy

Online courses and hackathons helped me find my first job

I was able to transfer some styles to my travel photos.

Generating dialogs for The Office using a saved keras model

Training a RNN to generate dialogs for The Office